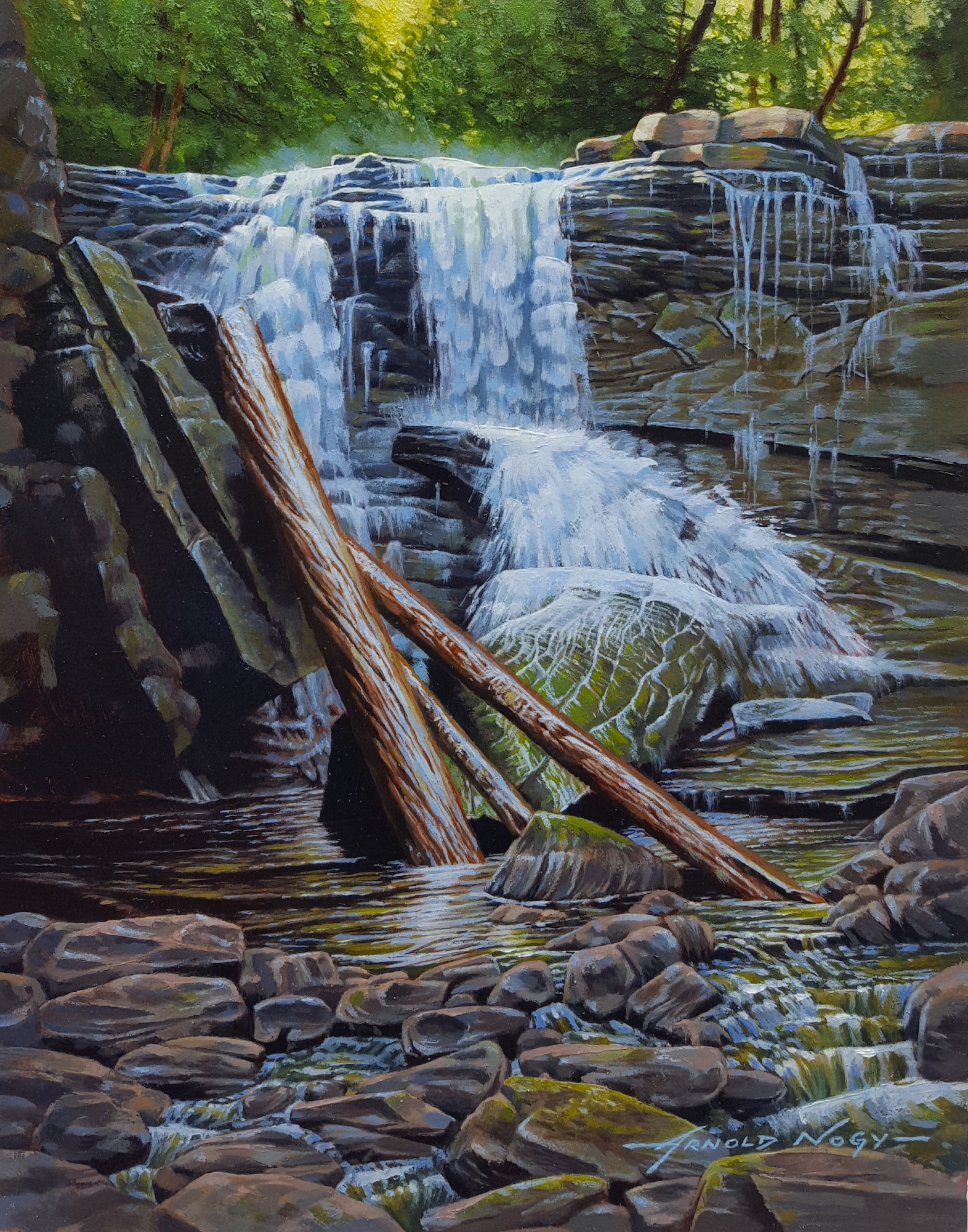 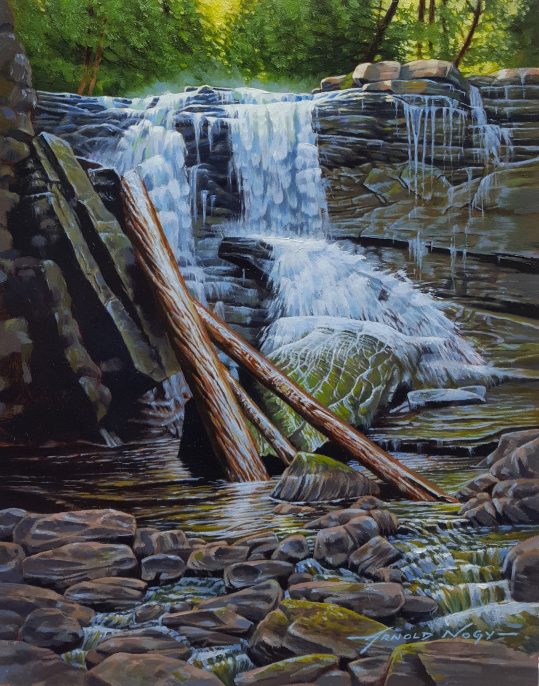 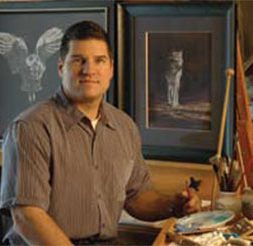 When your world is vast and interesting you endeavor to explore every part of it you can. Such were the adventures and amusements of the budding naturalist. As a young boy, Arnold Nogy had the time and space on Southern Georgian Bay to explore and learn about the forests, the lakes and bays with their intricate shorelines, the wind-swept pine, and the bare rock islands in their sparce, green austerity.
Born and raised in Kitchener-Waterloo, Arnold also lived part of the year at the family cottage north of Honey Harbour. It cannot always be known what direction life will take but origins have an influence over the pathways and rhythms along the way. The stimulus for Arnold’s artwork came from the enthusiasm which had been engendered in him by his experiences in wilderness places. These natural places left their imprint on him by their sights and sounds, learning in season about life cycles, colour, light and composition. Through all of this he would find membership to that amorphous guild to which all naturalists automatically belong. Being so profoundly affected, Arnold was motivated to explore his vast world by foot, paddle and brush. He painted beauty as he experienced it and recorded the impressions and images simply for his experimentation and pleasure. In adulthood these experiences and resulting artworks, would be expanded to include wildlife and landscapes on Lake Superior and most of Algonquin Park.
Arnold would become known for his landscapes and portraits but is mostly recognized for his body of wildlife works. He began winning awards and recognition years before he committed to full time artwork in his early twenties. From his first art shows and art competitions to the present, Arnold has been accorded many awards and commissions. Becoming known for his detailed, realistic approach, his handling of chosen mediums and knowledge of subject, he has exhibited in numerous galleries and museums in Canada, the U.S.A. and internationally. Among those, would be the Algonquin Art Center in Algonquin Park, the Leigh Yawkey Woodson Art Museum in Wisconsin, the Witte Museum in Texas, the Carnegie Museum of National History in Pittsburgh, the Disney Animal Kingdom, The Hiram Blauvelt Art Museum and many other museums in the U.S.A. while on tour with the Society of Animal Artist. Having representation for several years in Japan, Arnold has also enjoyed exhibition tours to galleries and Museums across the country.
Arnold has been commissioned as a coin designer by the Royal Canadian Mint since 1996. Since that time, he has designed over 40 collector coins. He has also received other corporate commissions from Magnotta Winery and published conservation reproductions and a stamp for the Ontario Federation of Anglers and Hunters. Arnold’s work has been published by several publishers for limited edition reproductions as well as large size art books from Northlight Publishing.
Arnold’s art is valued by publishers and personal collectors alike with works completed in watercolour, oil, pastel and drawing mediums such as graphite, charcoal and conte. He skillfully employs these mediums and brings to life his subjects with conviction, hearkening to his origins of the sounds and rhythms in natural places.