We’re very excited to be hosting our artist, former residency-holder, and good friend Daniel St-Amant for his solo-show, Convergence! 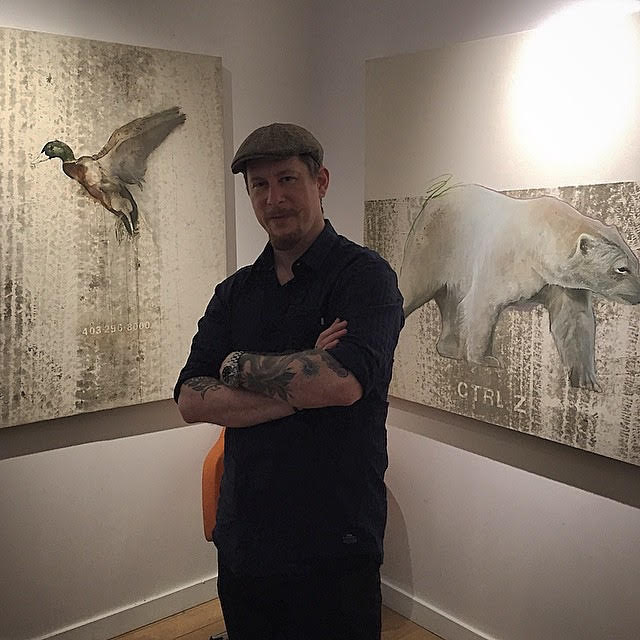 You might remember that last October, Daniel spent a week at Algonquin Provincial Park’s Clarke Lake Cabin. He used that time to gather specimen and natural materials like mud and leaf-litter, to take in the inspiration of the park, and to plan large-scale artworks. His days were spent working on his craft, and at night he got to hear the howling Algonquin wolves. 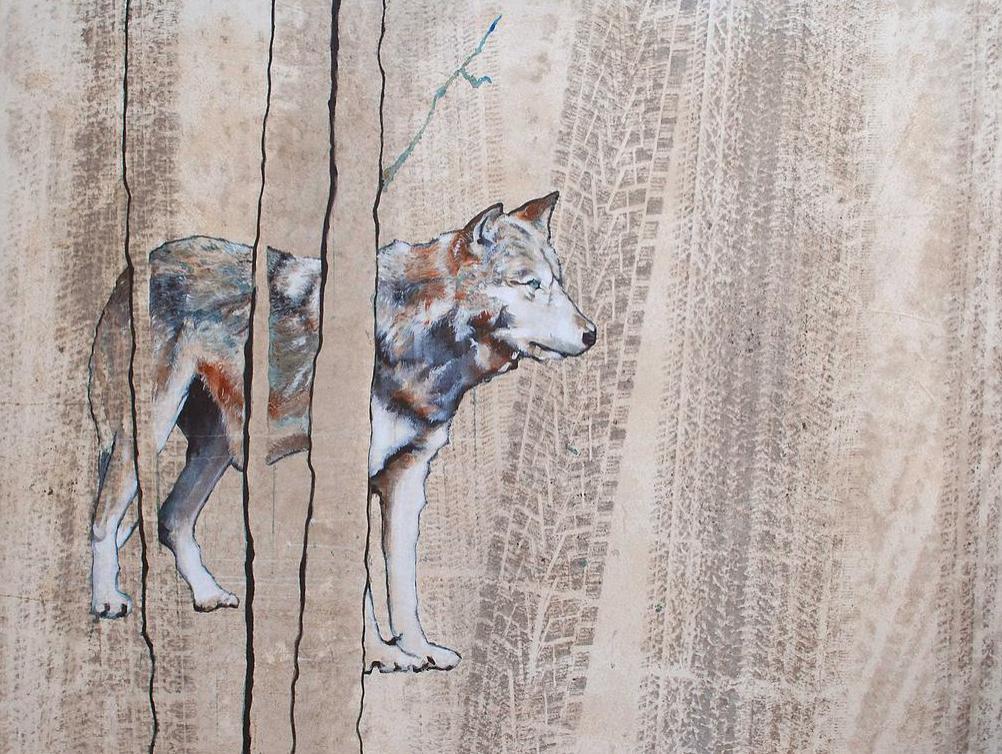 In the past, Daniel used his signature technique—laying canvasses on the road to pick up the impression of passing cars’ tire-tread, the painting wildlife—to signify the way nature is often closed in and crowded out by human intervention. He would place animals within the confines of human encroachment. But since his time in the wild, his style has moved in a different direction… 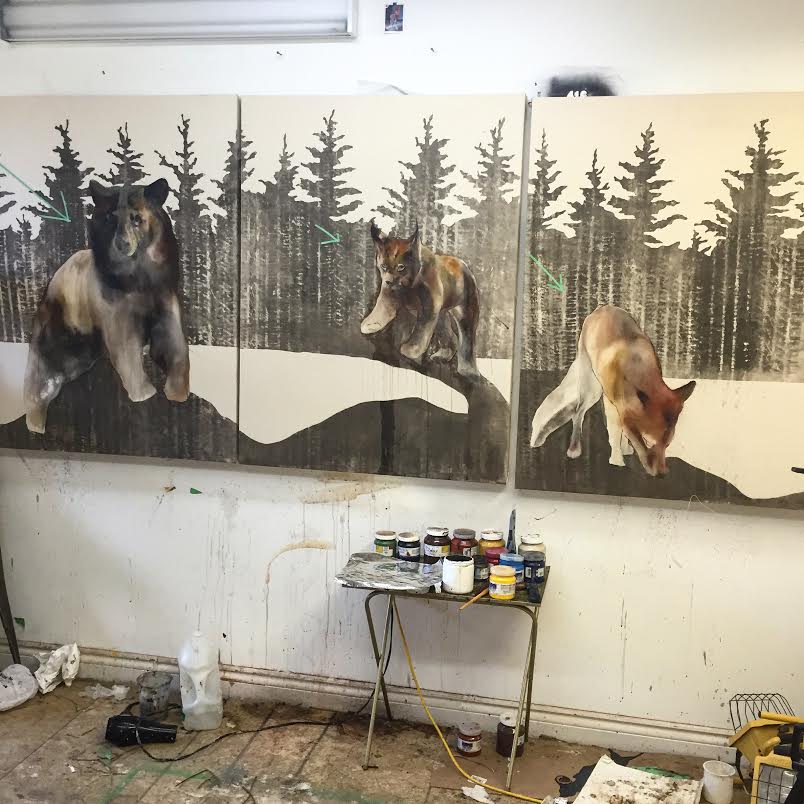 Works in progress for the show!

Lately, rather than using human elements as structures of confinement, Daniel allows his wildlife to grow out of the mixed environment of urban and natural materials. It’s a hopeful message about the convergence between the human and animal worlds, and the ways that their interaction can be healthy. It’s an evolution and a progression, conjured up from the melding of very tangible materials from the real world, incorporated into artistic creativity. Daniel has perfectly expressed the spirit of this season’s overarching theme, Metamorphosis.

Join us from now untilSeptember 15th to see these completed pieces and reflect on Convergence in person! 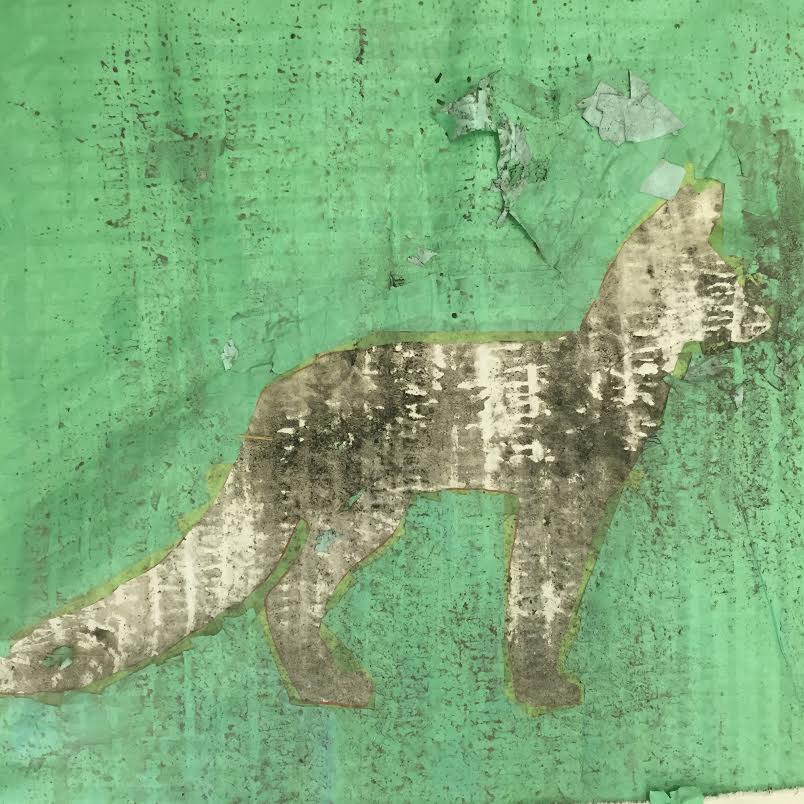 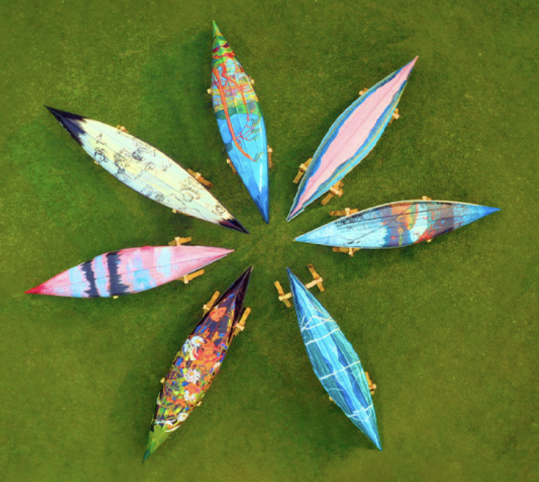 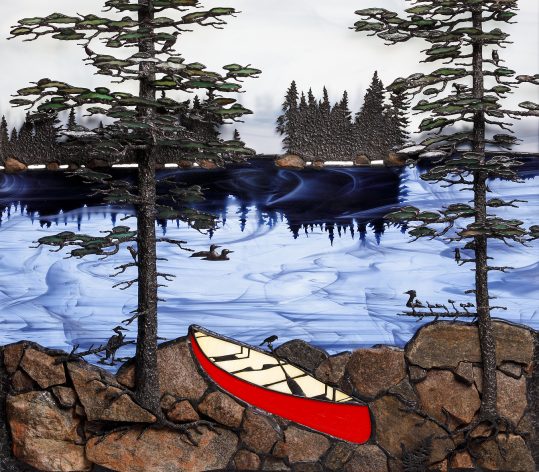 Special Event: Join three-dimensional glass artist Peter Allan Rice as he visits the Centre to create a sculpture on site, as well as discuss and sign his newest book, “Reflections in Glass and Stone”. Peter[...]
View Calendar
Add