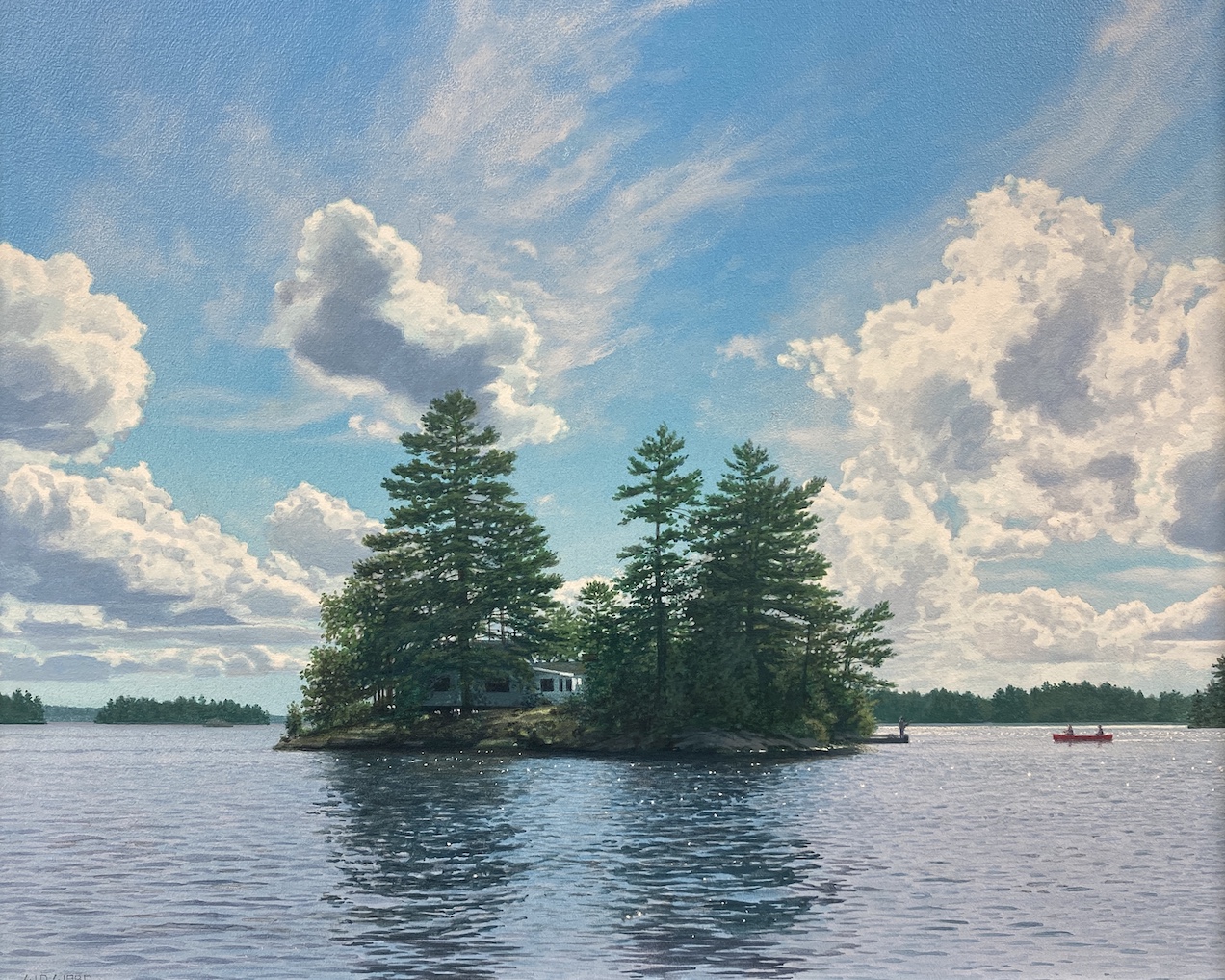 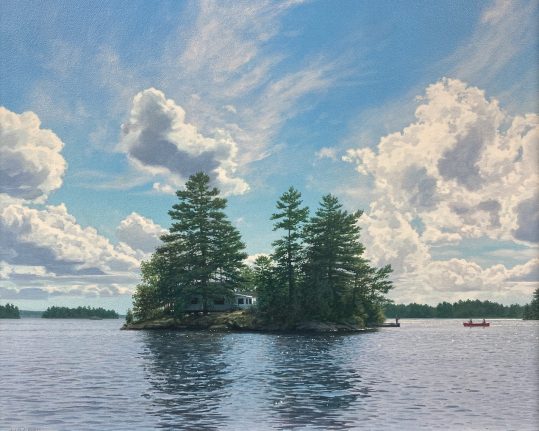 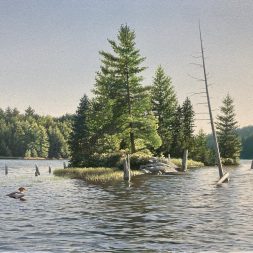 Born in Yorkshire, England, David immigrated to Canada in 1977. He studied Graphic Design at George Brown College in Toronto and, upon leaving, pursued a career as a freelance illustrator and designer. He has worked with some of the leading book publishing firms, including Penguin Books and Viking Press.
Prior to these first steps into the field of art David worked in various professions, from farming to trading Stock Index Futures on the floor of the Toronto Stock exchange. Seemingly unrelated, these diverse experiences have all helped to shape his perspective and artistic sensibilities.
In 1988, following a number of successful gallery shows, a sea-kayaking trip along the wild shore of British Columbia's Queen Charlotte Islands lead to the realization that fine art was his true vocation. Within a month of his return, he left behind the security of the commercial design world and moved to the artist colony of San Miguel de Allende, Mexico, to work on a series of west coast landscapes for exhibition the following year.
The success of David's career may well be attributed to his travels, from Africa, Asia and Central America, to more remote corners of North America. Mystical places such as the Black Hills of South Dakota, the American South West and Canadian Arctic.
All these places, in their own way, inspired a rich array of works which now hang in private and corporate collections in Canada, the United States, Great Britain, Australia, Japan, Korea and Hong Kong. His paintings, mostly acrylic, depict a wide range of subjects, from people and architecture to wildlife and pure landscape.
In 1992, David was invited with two other Canadian artists to exhibit at the prestigious Lotte Gallery in Seoul, South Korea. It was the first time contemporary artists from North America were privileged to exhibit work in Korea. His paintings have also been accepted by the Leigh Yawkey Woodson "Birds in Art" exhibition in Wisconsin, the "Arts for the Parks" exhibition in Jackson, Wyoming, and the annual Wildlife Art International exhibitions at the Algonquin Park Gallery, Ontario.
Today, David resides and has his studio in rural southern Ontario. In this frenetic modern world he finds the rolling wooded hills and pastoral landscapes of this area conducive to his work. He states in a 1999 essay: "The natural world is a nurturing environment and, for me, a constant source of inspiration." And from a magazine profile in 1996: "I am trying to portray man's relationship to the world in which he lives, more specifically, the natural world and man's place in it."