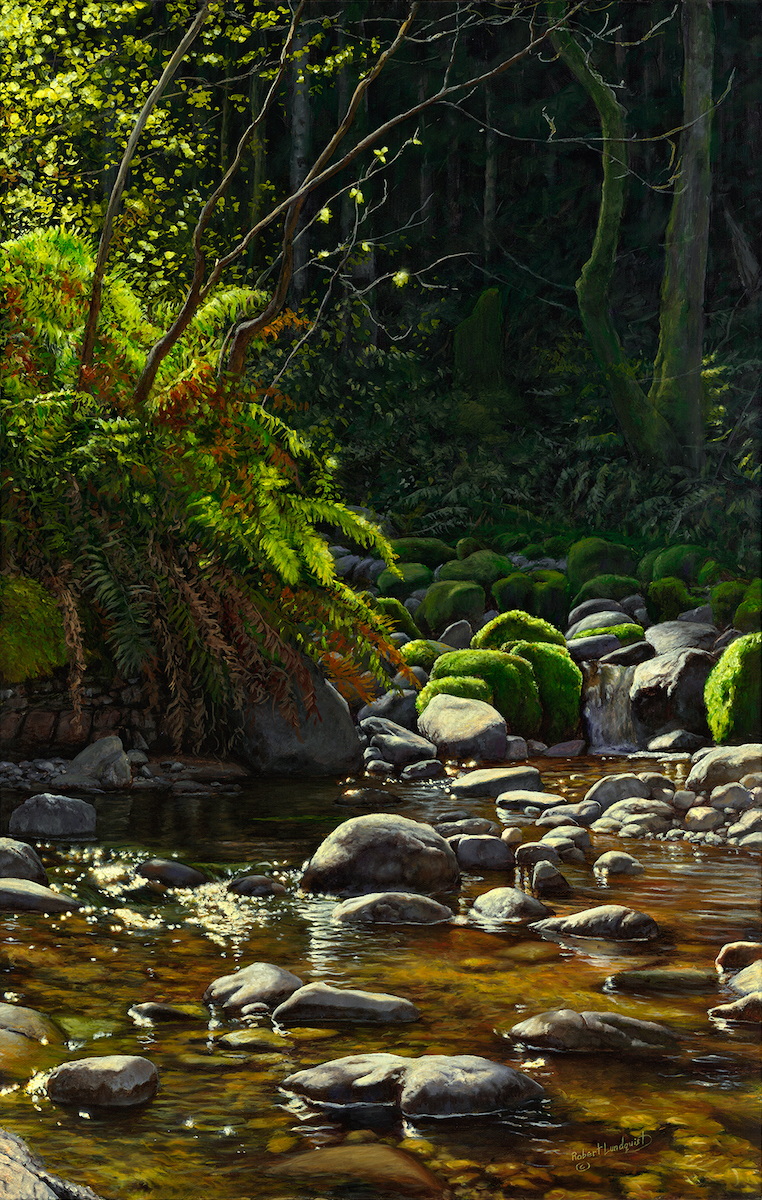 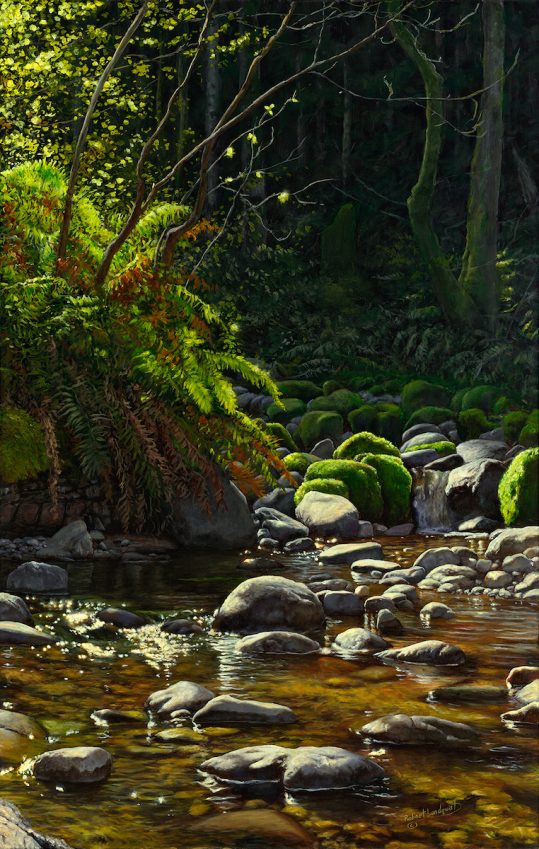 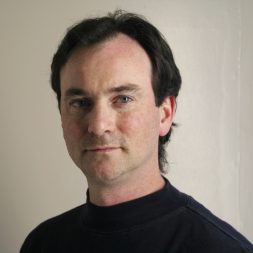 Born in Canada in 1966, Rob grew up on the West Coast. From an early age, Rob's talent for painting was clear. He had five years of private instruction. In his early twenties, Rob worked on construction sites framing houses as well as some commercial fishing. It was on the water Rob became truly inspired and felt the urge to get back to the studio to capture the beauty of nature. Every extra moment Rob was found in the studio mastering the finer points of composition, color mixing and expanding his horizons to cover various materials and art themes. He prides himself on being versatile in most subjects and mediums. By the age of 30, Rob's passion for art employed him full time; airbrushing, etching glass and painting everything from portraits to murals on city walls. In 2007, Rob went to Paris to unveil one of his paintings that was handpicked by Lockheed Martin to represent Canada for the F35 Lightning Project. Today, Rob can be found in his new studio capturing light, shadow, and atmosphere with the use of water colour and acrylics on canvas. He shares his visions with us now like never before. Rob resides with his wife, Audrey, and two beautiful daughters. They live on British Columbia's West Coast, drawing inspiration from the vast wilderness that surrounds them.