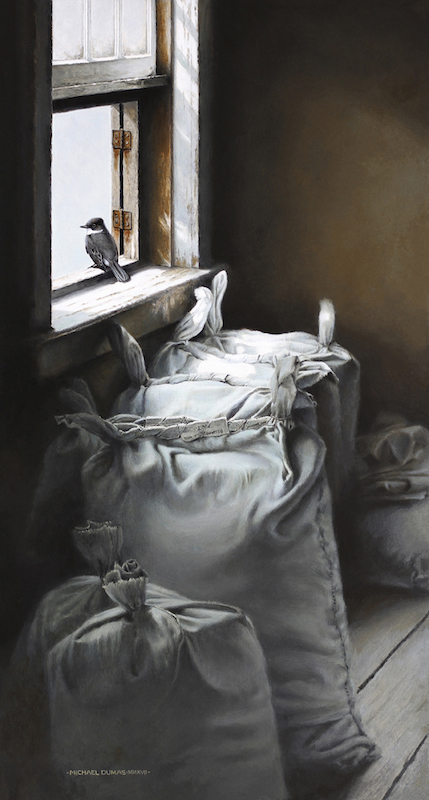 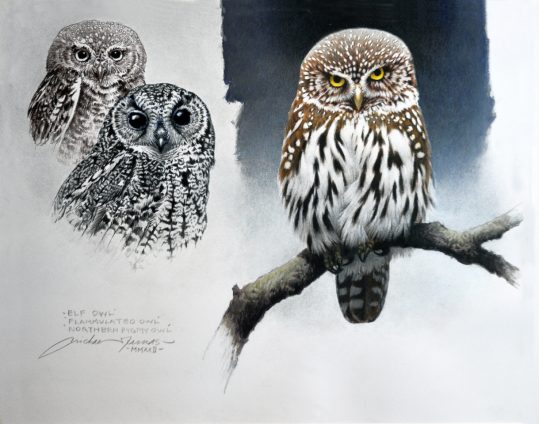 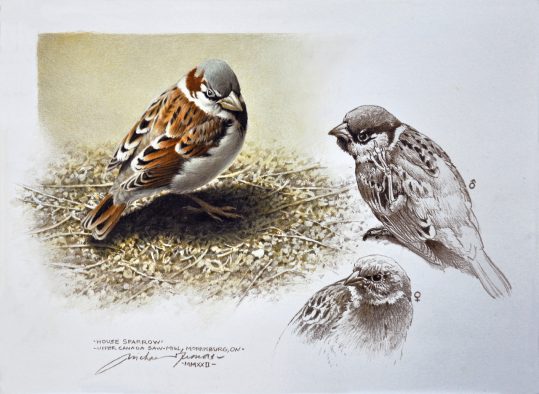 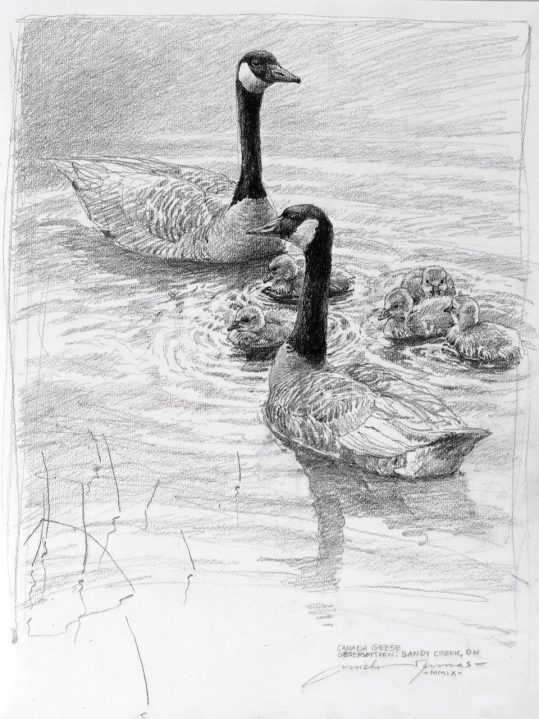 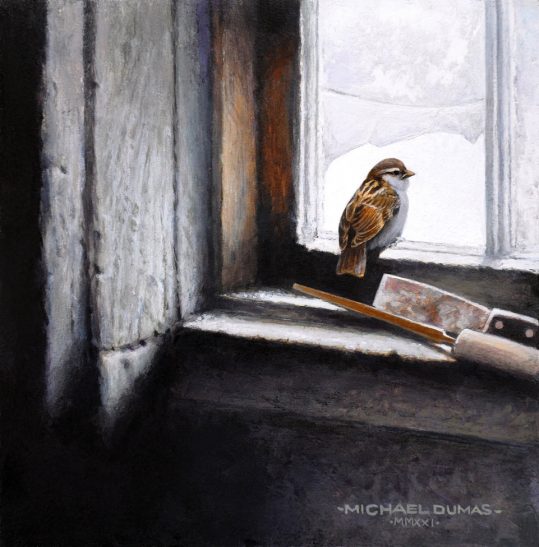 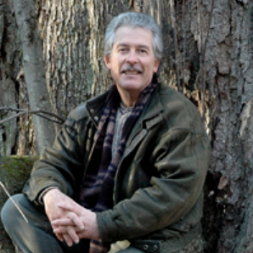 Michael's art is characterized by masterful drawing, and an unusual sensitivity to the subtleties of detail, form, colour, and composition. Wildlife Art magazine founder, Robert J. Koenke acknowledges both the uniqueness and international recognition of Dumas' art when he says, ' I can recognize a Michael Dumas work from across a room, or pick it out from among a crowd of other artists. His art is invariably stimulating as well as interesting. Even his drawings are masterpieces. His style is unique, and through it he has made his mark in the art world. This is something every artist must work toward in their career if they are to attain greatness.

Conservation efforts the world over have benefitted by Michael's dedication and support. At the time of his receiving the Carling-OKeefe Professional Conservationist Award in 1986, it was estimated that he was instrumental in raising in excess of five million dollars for conservation projects. In his capacity of conservation supporter, he has worked along side such notable figures as H.R.H. Prince Philip, H.R.H. Prince Bernhardt, and Prince and Princess Hitachi of the Japanese Imperial Family. Michael was also involved with the fund raising campaign to support the efforts of Dr. Richard Leakey in Kenya, in association with Mr. and Mrs. James Stuart, and other film celebrities.

A significant proportion of Michael's art reflects his concern for the welfare of the natural world. A five year project initiated in 1978, and supported by the Canadian government's Canadian Explorations Program depicted Canadian Endangered Species. This collection formed the core of a 1981 exhibit on the same theme at the prestigious McMichael Canadian Collection in Kleinberg, Ontario. In 1987, a series on endangered birds of prey was created in conjunction with the Wildlife '87 Conservation Fund. Michael has also produced paintings to promote and raise funds for many diverse conservation groups, including The World Wildlife Fund, Ducks Unlimited, The Nature Conservancy of Canada, Canadian Parks Partnership, The Ontario Federation of anglers and Hunters, and The International Council for the Preservation of Birds. A series depicting rare, endangered, and extinct birds of the world, and another dedicated to the Short-tailed albatross were completed under the auspices of Suntory Corporation and the Wild Bird Society of Japan.

Numerous books, magazines, films, Canadian postage stamps, and commemorative coins have featured Michael's art and he is also a published writer. He is listed in the Who's Who in Canada directory (University of Toronto Press) since 1994.