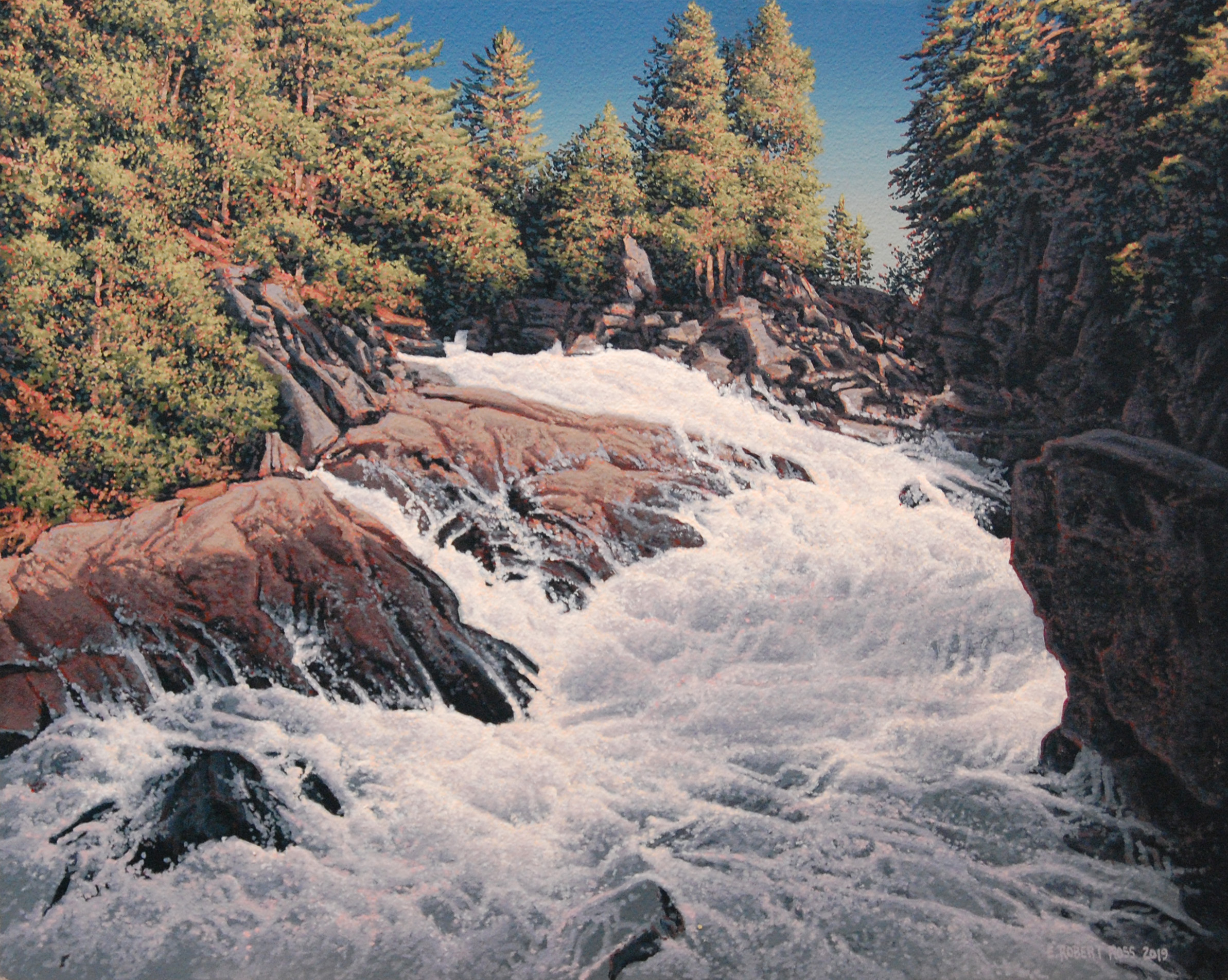 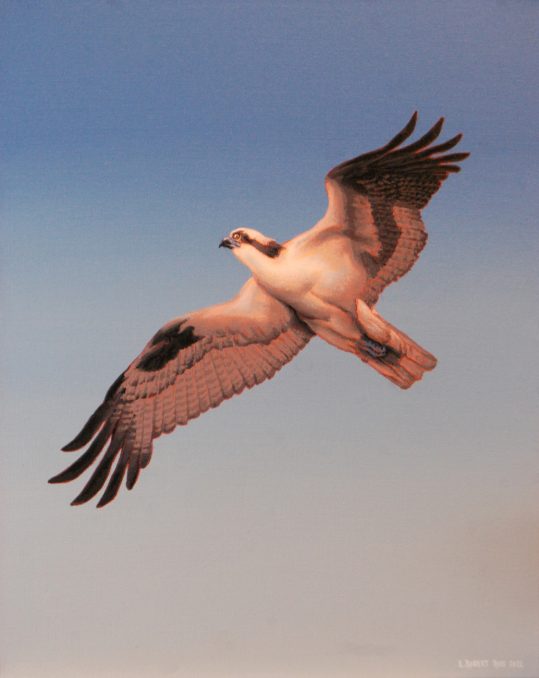 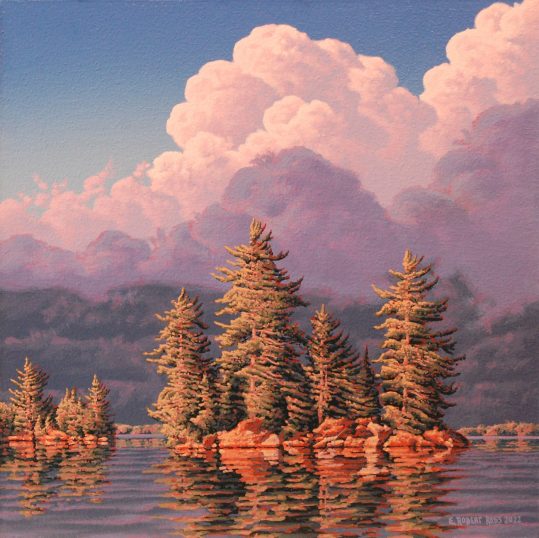 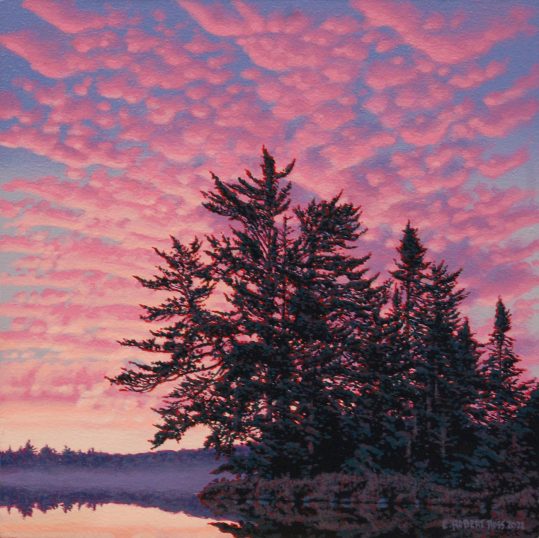 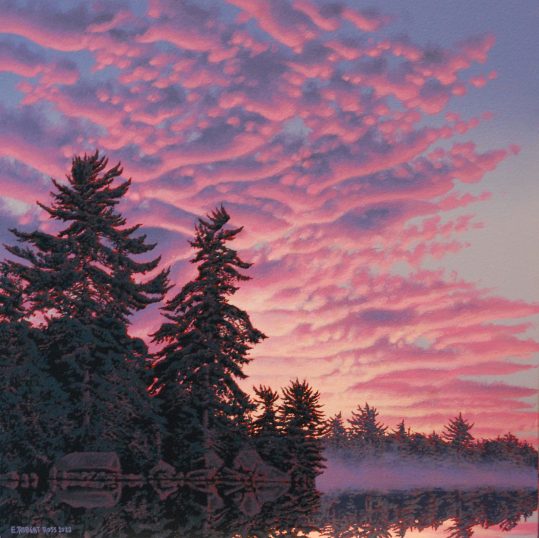 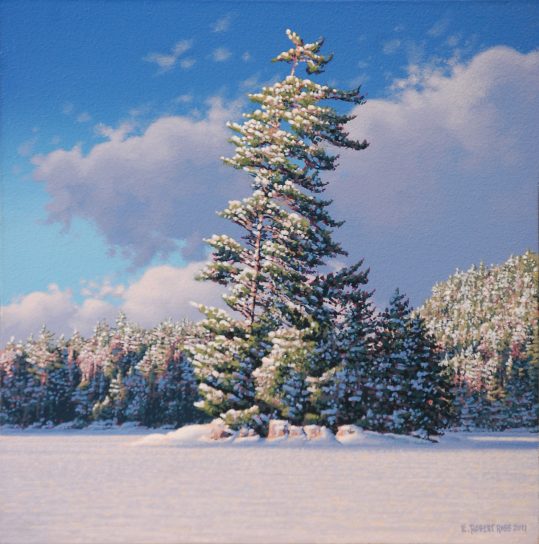 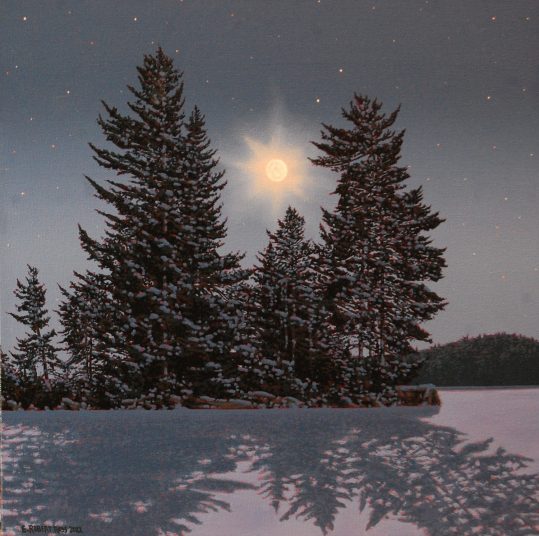 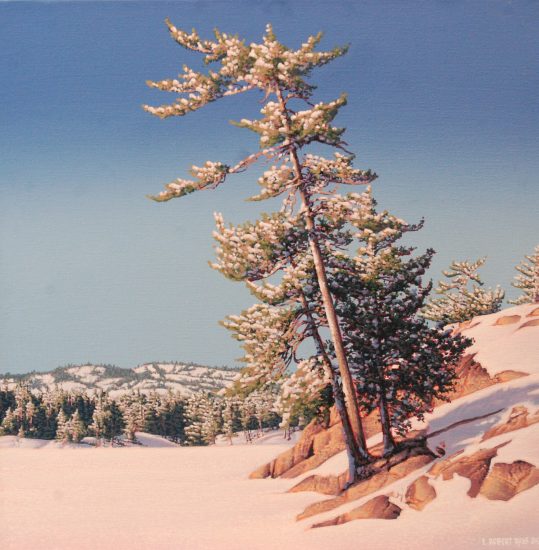 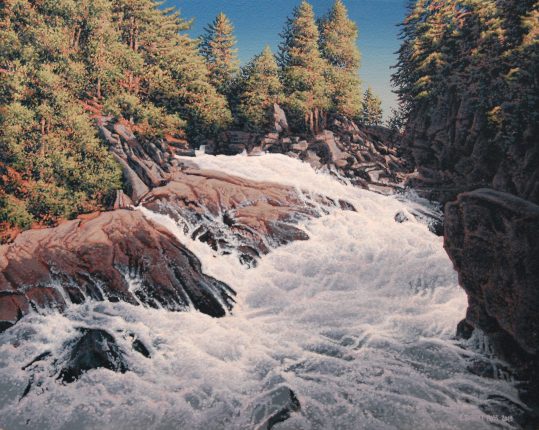 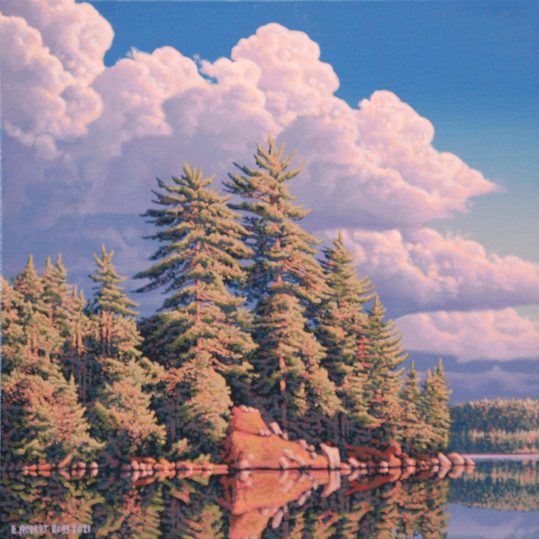 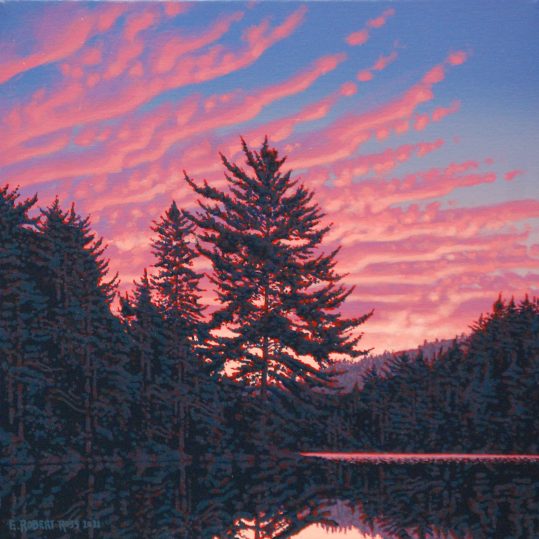 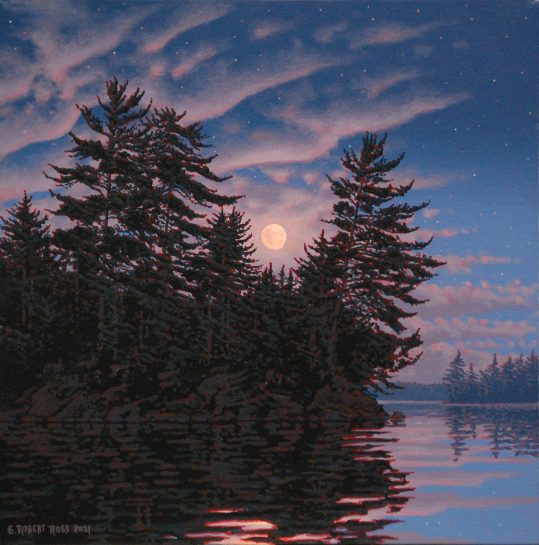 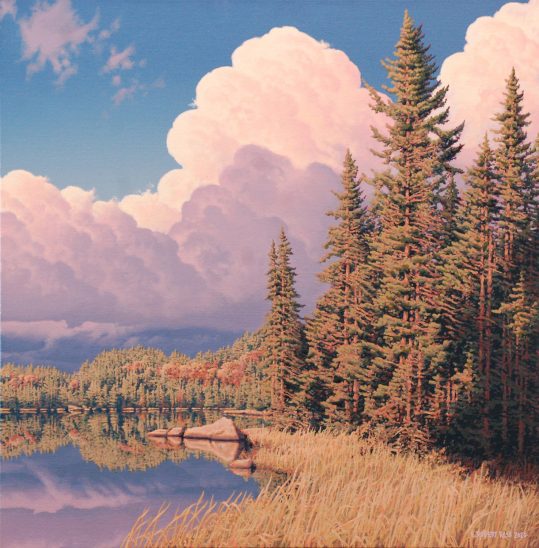 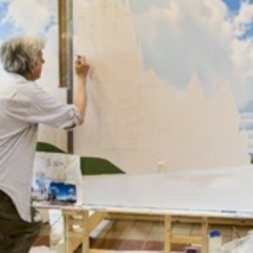 E. Robert Ross has been a full time artist since 1975, exhibiting primarily in Southern Ontario with solo exhibitions at the public Art Galleries of Hamilton and Burlington, as well as in private galleries. He was born and raised in the Hamilton area, where he currently resides with his wife and occasionally with his two grown up children, having lived on the west coast of Canada for a number of years.

His work is included in many art collections including those of HRH The Prince of Wales and the Duchess of Cornwall, former Governor General of Canada, Adrienne Clarkson and John Ralston Saul; President Bill Clinton, the City of Itabashi, Japan; Canon, Japan, the Patriarch of the Christian Orthodox Church, Bartholomew II, GTS Industries, France, Barclays Bank, Toronto; Arcelor Mittal / Dofasco Inc., KPMG, Hamilton, and The Hamilton Club.

Large scale paintings in the Hamilton area may be viewed in the lobby of St. Joseph’s Hospital, Charlton Campus; the lobby of the Juravinski Cancer Centre; the office of the Dean of Medicine, McMaster University Medical Centre; the David Braley Research Centre at the Hamilton General Hospital; St. Peter’s Hospital; the headquarters of the Royal Botanical Gardens and the Hamilton Region Conservation Authority; The John Sopinka Court House; Mohawk College, and at the David Braley Medical Centre (Bay and Main St., Hamilton) work in progress Summer, 2017.