2021 Art Exhibit: The Spirit of the Group of Seven

Opening this fall. Specific dates to be announced. 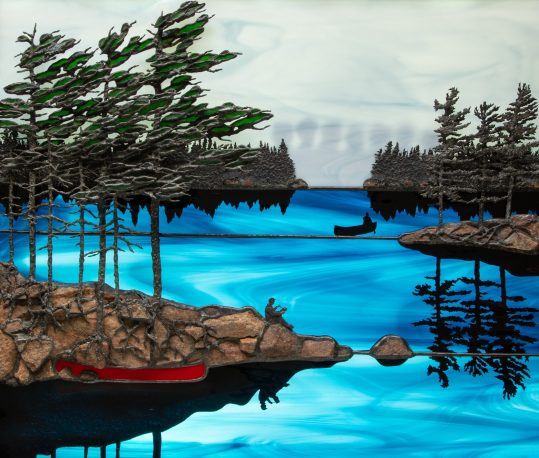 *Note: this exhibit has been pushed back and will now commence Sept 18th until Oct 3rd.

Description: The Algonquin Art Centre is excited to celebrate “The Spirit of the Group of Seven”, a new art show exploring the lasting influence of Canada’s most famous group of landscape painters, the Group of Seven. Commemorating their 101st anniversary, this special exhibit features contemporary works from Canada’s foremost landscape and wildlife artists as they explore, interrogate, and celebrate the spirit that moved the Group of Seven to find inspiration in Algonquin Park and Canada’s wilderness areas.

“We couldn’t be more excited about this year’s show” says gallery curator, Matt Coles. “The Group of Seven were originally called ‘the Algonquin School of Painters’ because of their frequent trips to Algonquin Park, so it’s fitting to mark their anniversary with a special art show in the heart of the place that inspired them.”

Although the show was originally scheduled to open in 2020, the Centre was forced to postpone because of COVID-19, but Matt believes this was a blessing in disguise. “The Group of Seven was formed during a very difficult time in our history, the first World War, and their work shows the power and perseverance of Canada’s creative spirit. Today, we’re facing another challenging time in our history, so we believe it’s the perfect moment to reflect on what the Group of Seven meant during their time and our own. Art matters, perhaps now more than ever, and we hope our exhibit helps explain why.”

The highly anticipated show (running from Sept 18th until Oct 3rd), is one of the most inspiring exhibits, Matt has ever been part of.  “It really speaks to the heart of what makes Algonquin one of the world’s most celebrated parks” says Matt, “not only for artists but for people from all walks of life. Algonquin inspires, and we could all use a bit of inspiration right now.”

*image is from Peter Allan Rice’s three-dimensional glass sculpture, titled “In the Spirit of the Group of Seven”.

There are no upcoming events.