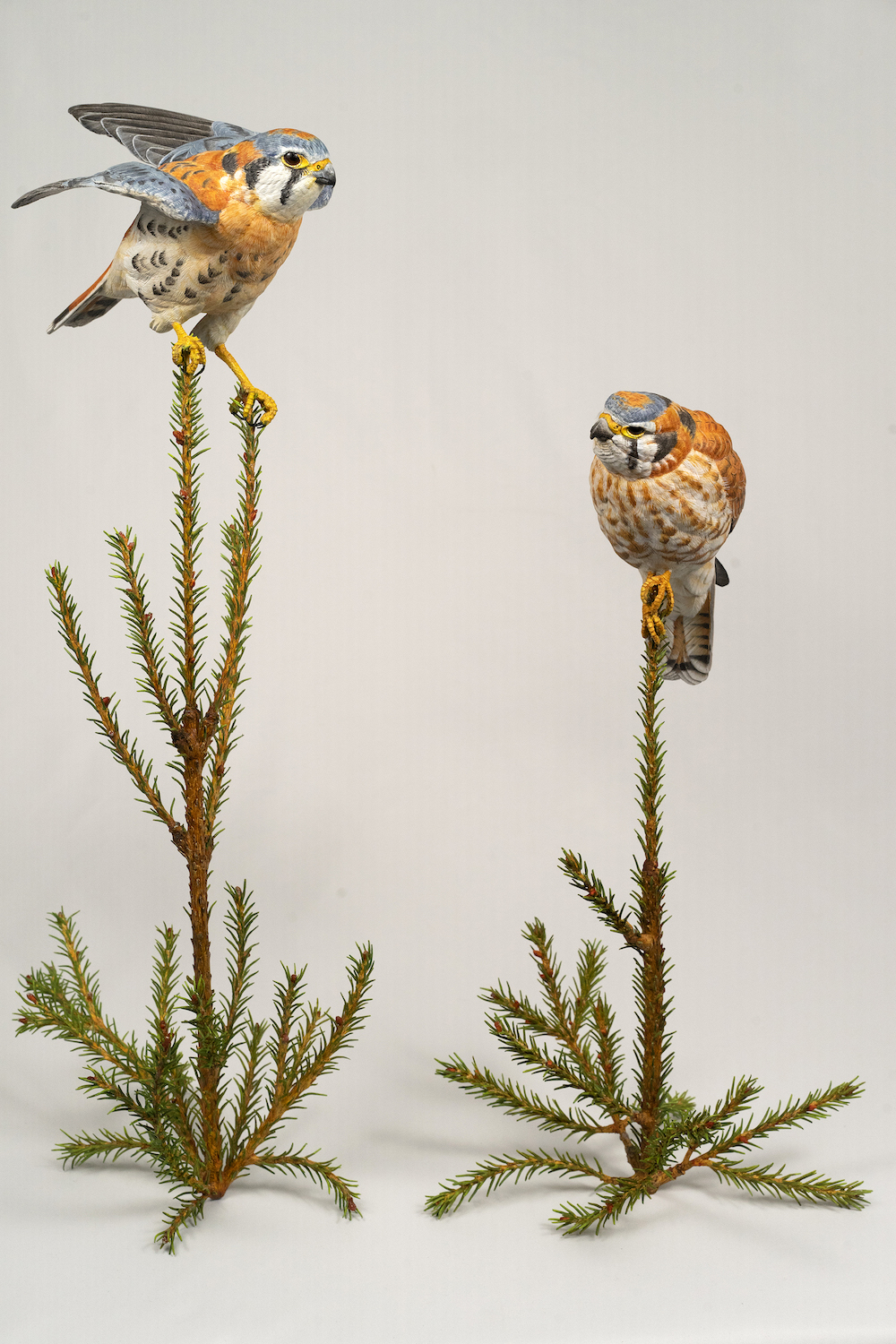 Artist Statement: A male American Kestrel would perch himself upon a Red Spruce and watch my movements. I later learned that they were nesting nearby. The inspiration was born while I was placing the star on the Christmas tree later that year. I rarely saw the female but I in vision the piece as a two-part piece where the pieces could be moved around to obtain different prospective. The male standing guard and the female look up.

We need to be a Vedette and watch, protect nature and the environment.