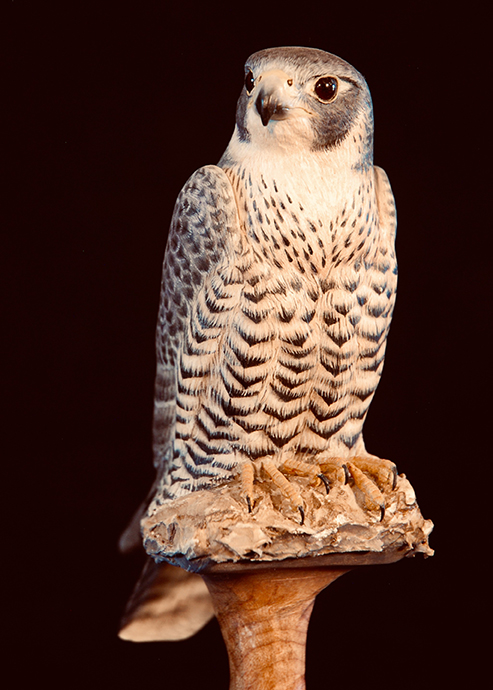 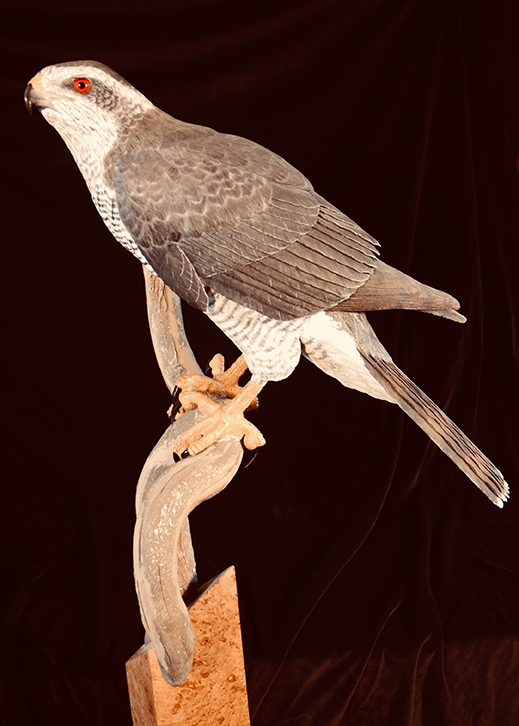 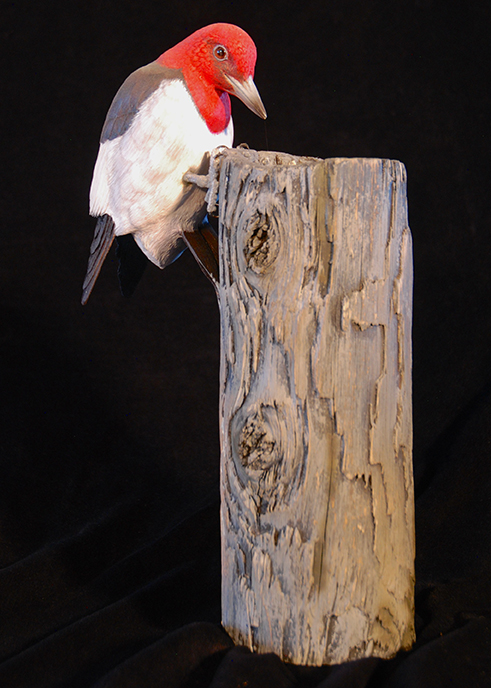 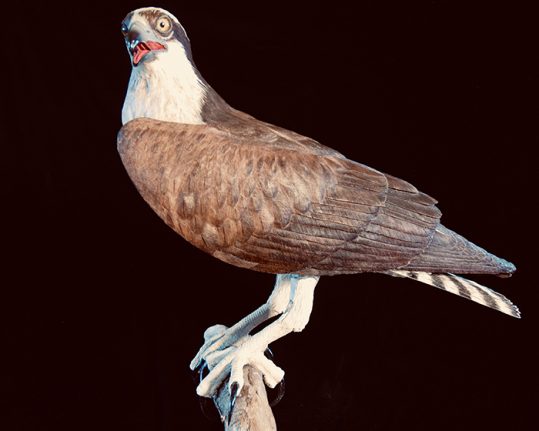 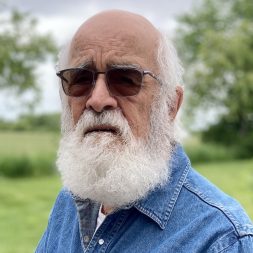 Born in Clarke City, Quebec, in 1931, Bob has been carving wood (whittling) all his life. Early on, he concentrated on totem poles and enjoyed building and flying model airplanes.
In 1987, he joined a carving club and began creating decorative decoys. For ten years, beginning in 1989, he taught bird carving in Montreal and surrounding areas. He met master carver Floyd Scholz in 1989 and has since attended many of his carving seminars in Vermont, learning the art of carving raptors (birds of prey).
A lifelong lover of nature, Bob is proud that some of his carvings are on public display at interpretative centres, including a Nene Goose, the State bird of Hawaii, in Maui at the 7,000 level, and five ducks at the Greenwich Nature Interpretation Centre on Prince Edward Island.
In 2017, Bob relocated to Prince Edward County, Ontario, and set up his studio on his daughter’s property in South Marysburgh. He continues to carve, teach, and compete, and always enjoys doing carving demonstrations at local festivals and events. His current subjects include birds of prey, and endangered and extinct birds (many from Hawaii).