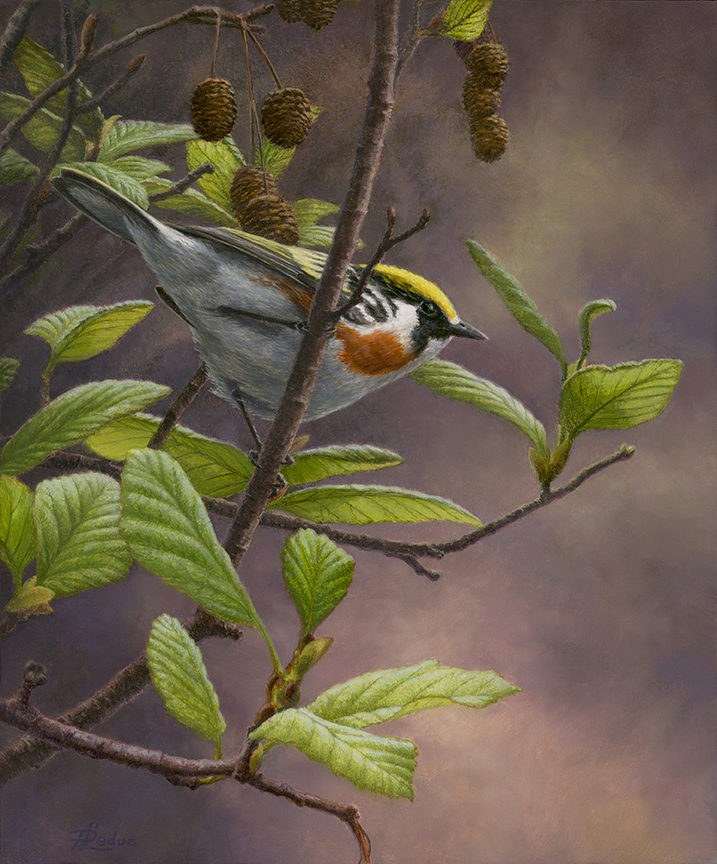 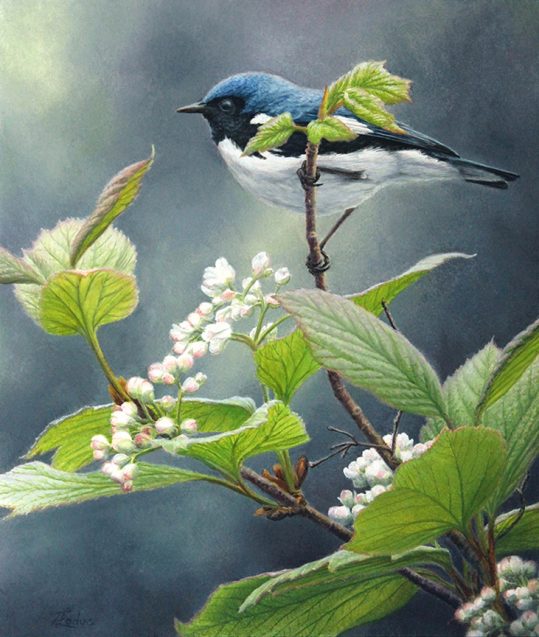 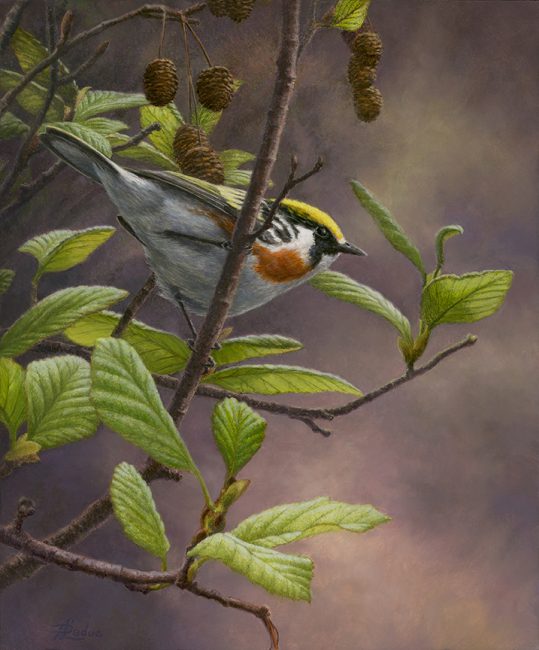 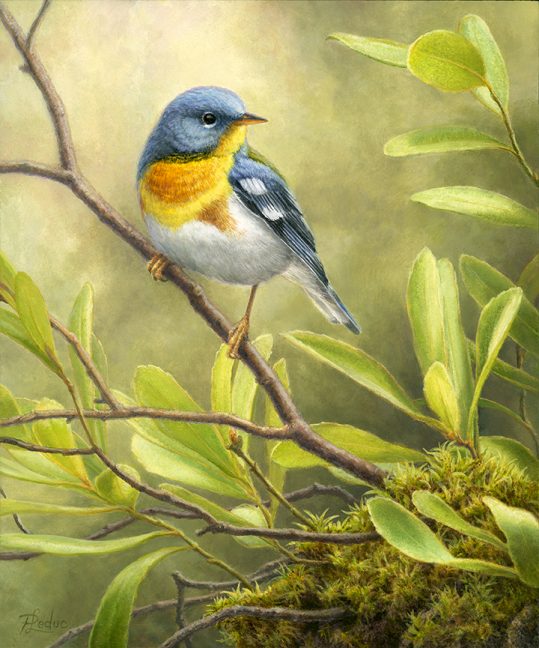 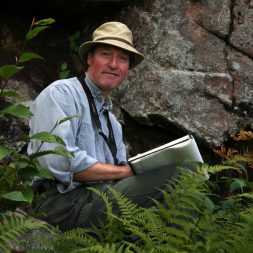 Pierre Leduc was born in Valleyfield, Québec in 1957. Painting became part of his life gradually; his professional career started when he was a university student. One of Leduc's biology professors discovered his artistic talent and asked him to illustrate some works on Québec flora. A biologist who graduated from the University of Quebec at Trois-Rivières (Canada), Leduc worked throughout his studies as a scientific illustrator of works in zoology, entomology and especially in botany. Despite his late start, he now has a well-established career in Canada, the United States, and Europe

As he pursued his studies and his work as a scientific illustrator, he embarked on a career as a wildlife painter, a career he has embraced full time since 1986.

Leduc's favourite medium is oil even though he sometimes uses acrylic or lithography on stone. Although generally working on one painting at a time, often the next painting is already taking shape in his mind. Leduc says: "I often ponder an idea for week or months before beginning a painting. During this period of time, I try to figure out how best to paint my subject. I can change the composition, I may accentuate or blemish the colours and I can add or remove anything I want. Finally, the result is something between interpretation and reality." "Although I am still fascinated and inspired by the beauty of nature, it is not the subject itself as much as the research on light, composition and colours that captures me."

Since 1984, Leduc has done some solo exhibitions and has participated in well over eighty group exhibitions mainly in Quebec and Ontario, but also in Europe, in Africa and in the United States. The quality of his work brought him well-deserved collaborations with the Quebec Wildlife Foundation, Wildlife Habitat Canada, Newfoundland-Labrador Conservation Fund, Parks Canada, "Patrimoine-Nature" (Madagascar), Canada Post Corporation and the Royal Canadian Mint.

Leduc was chosen in 1990, 1991, 2005 and 2008 by the Québec Wildlife Foundation to create its nature Conservation Stamps and Prints. Wildlife Habitat Canada also has selected Leduc, in 1995, 2002, 2006 and 2016 to create its Conservation Stamps and Prints for Canada's federal duck stamp programme. His collaborations exposure has meant that most North Americans, whether they realize it or not, have had the opportunity to experience Leduc's artwork.